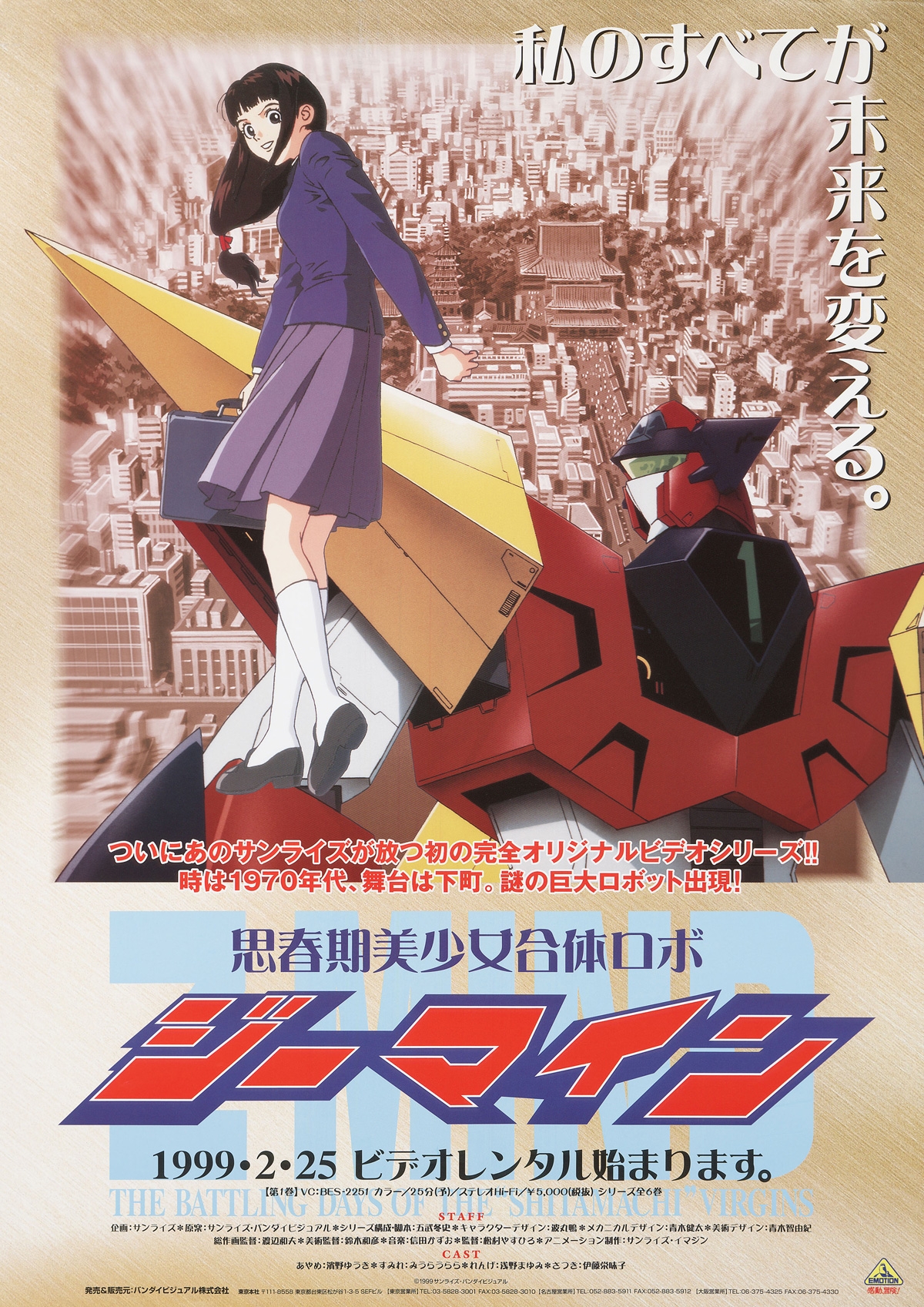 In the 1970’s, Ayame, Renge, Sumire, and Satsuki are doing their best to grow up admidst roller skating and disco dancing. But as if that weren’t hard enough, the Earth comes under attack by an alien force. In the grand tradition of Giant Robot anime, the mysterious giant robot Z-Mind is all that stands between Earth and total devastation. And the pilots? Of course, they’re the three sisters. They’re untrained and uncertain, but they soon find themselves making battle plans and shouting attack slogans like most seasoned anime pilots.